Volunteer foster Sue Putt shares this story - Precious was the last of over 40 Newfoundlands to be handed over to NCA and SCNR from the family of the deceased kennel owner. She was literally dragged from a dirty old unheated building and put into a traveling crate.

She didn’t have much hair on her. Her skin was covered in angry looking lesions and her ribs and backbone were clearly visible. The owners did not have papers nor did they know her name. She curled into a fetal position and hid her head. 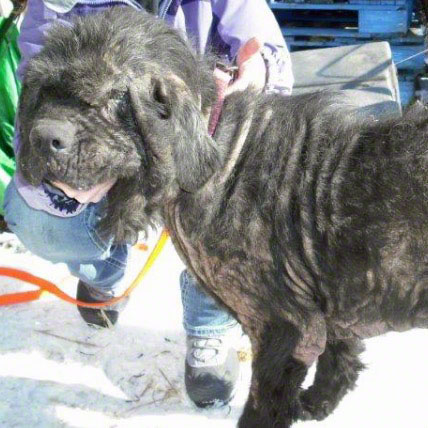 It was a small group of us that were involved with this rescue.  We had already seen plenty of newfoundlands in various states of bad health during our five visits to this kennel but this one took us all off guard.

Once we arrived at the boarding kennel it was agreed that we name this poor soul “Precious” because all life is precious and everyone deserves a name.  My husband and I already decided when the time was right we would volunteer to be her foster guardians.

Precious spent the first three months of her new life at the boarding kennel where she bonded with the owner, Jackie Wheeler. Upon her arrival, she weighed in at 60 lbs. Her blood pressure was so low, blood could not be drawn for a blood test.

Her skin was covered in sores and her eyes were dehydrated from lack of water. She was nearly blind. Medicated baths three times a week, a good nourishing diet, deworming medicine and special eye drops helped Precious gain some weight and grow some hair.

She still itched a lot, had problems with on going skin problems and with the exception of the kennel owner, did not trust people. 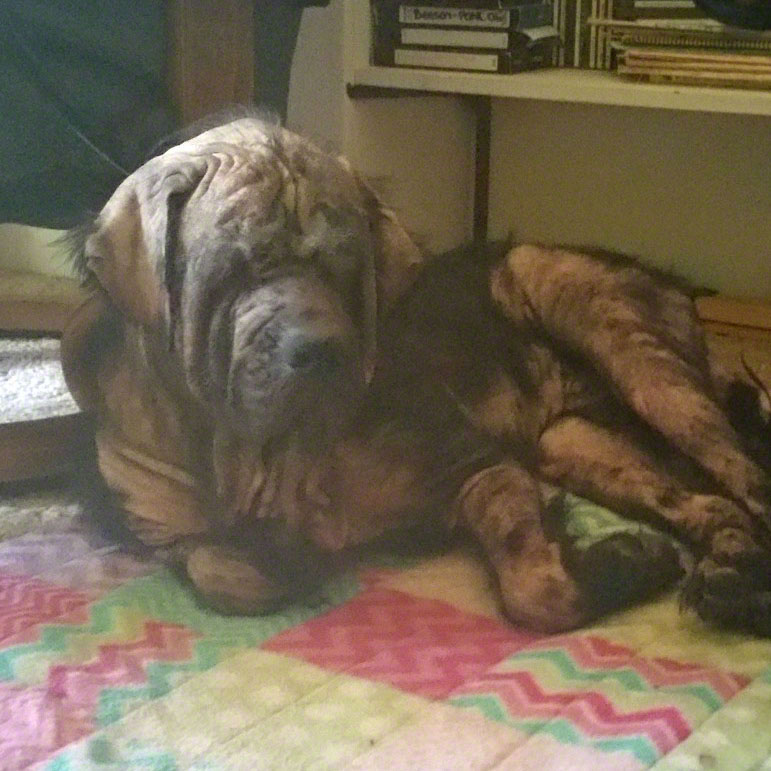 In April it was determined Precious was stable enough to come live with us inside our home. We set her up in an open adjoining room to the kitchen and put up a baby gate so she would feel safe in her room but still feel a part of the household.

Our three Newfoundland boys were very eager to welcome this little girl to the pack. She quickly responded to their overtures of friendship. In three days time the gate came down in the evening where she could join the whole family in the main living area.

She tentatively came out as long as I stayed with her. After a few weeks she began exploring the house on her own and quickly claimed the loveseat as her evening resting place. . 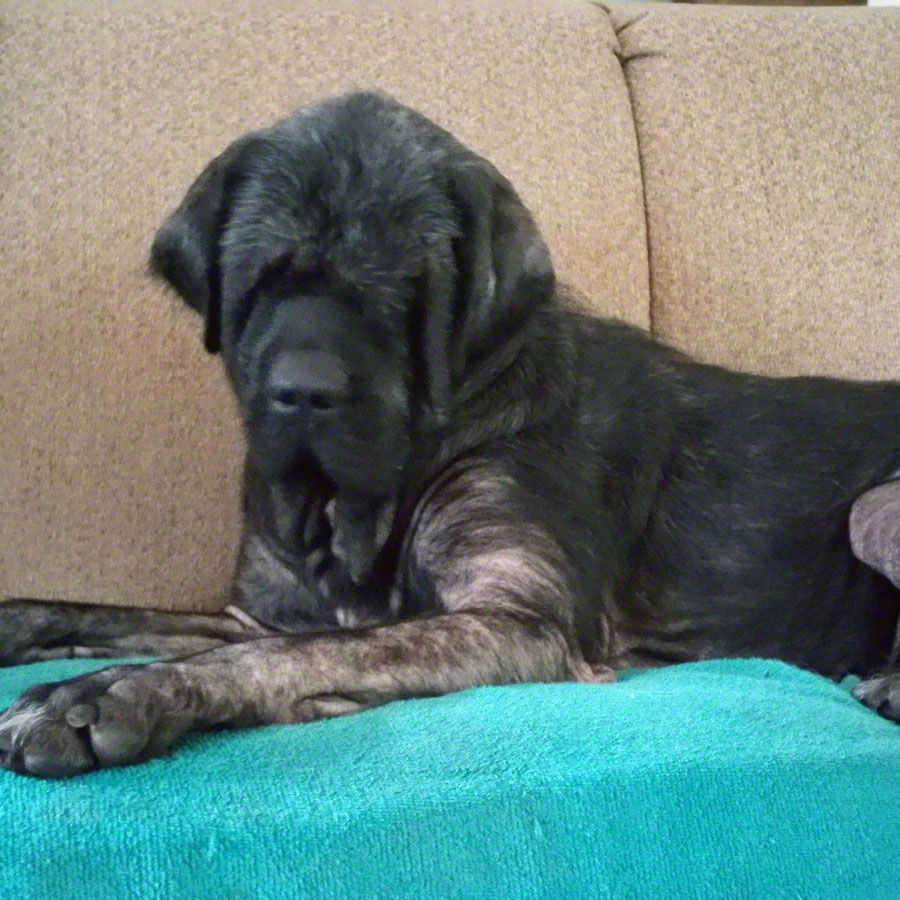 The initial exam with our vet determined Precious to be between 3-5 years old even though she looks much old than that. Her bottom canines are broken and her lower teeth are worn down to the gum. Precious was spayed and we attempted to treat her skin issues with antibiotics, topical sprays and good diet.

We’ve learned that Precious does well with routine and when that is changed, it stresses her emotionally and physically. The move from the boarding kennel to our home took a toll on her health. Precious lost weight and lost more hair. She did not lose her will to survive and continued to explore her new world.

She even went swimming in the pool and guess what? She swims beautifully. It was a very special reward for us to see her be a newf!

When we put Precious on the fairly new drug Apoquel along with antibiotics, Precious’s health began to improve dramatically. She no longer spends all day scratching at herself. She weighs 92 lbs and has hair almost all over her body. Her eyesight is slowly improving but she may never gain back all her vision.

As her health improves, her confidence is growing and she is more willing to try new experiences. She is still very wary of men and has some bad days where the world seems to be a scary place. This may be a fear she battles the rest of her life.

We will continue to slowly introduce new people and places to Precious now that she feels better. Her next big adventure will be traveling with our pack to our regional club’s water test where she will spend the week-end meeting many new people and dogs. We hope this will be another positive experience for her to see the good in life again.